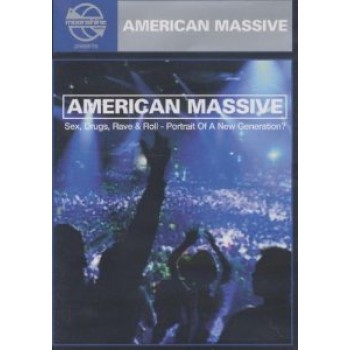 American Massive is a real eye opener to the American Rave scene. This film was conceived by Steve and Jon Levy, owners of America's premiere electronic music label, Moonshine Music, and brought to life by up-and-coming Los Angeles director Thomas Trail. The concept was to document a brief moment from this amazing movement.

Shot on the Moonshine Overamerica 2000 tour, American Massive shows you the rave scene from its participants' perspective: the DJ's, the promoters, the artists, and the kids. 24 Cities, 13'000 miles in 32 days with some of America's biggest names in electronic music, including

What happens along the way is part 'Spinal Tap', part 'COPS' but mostly 'Rave&Roll'